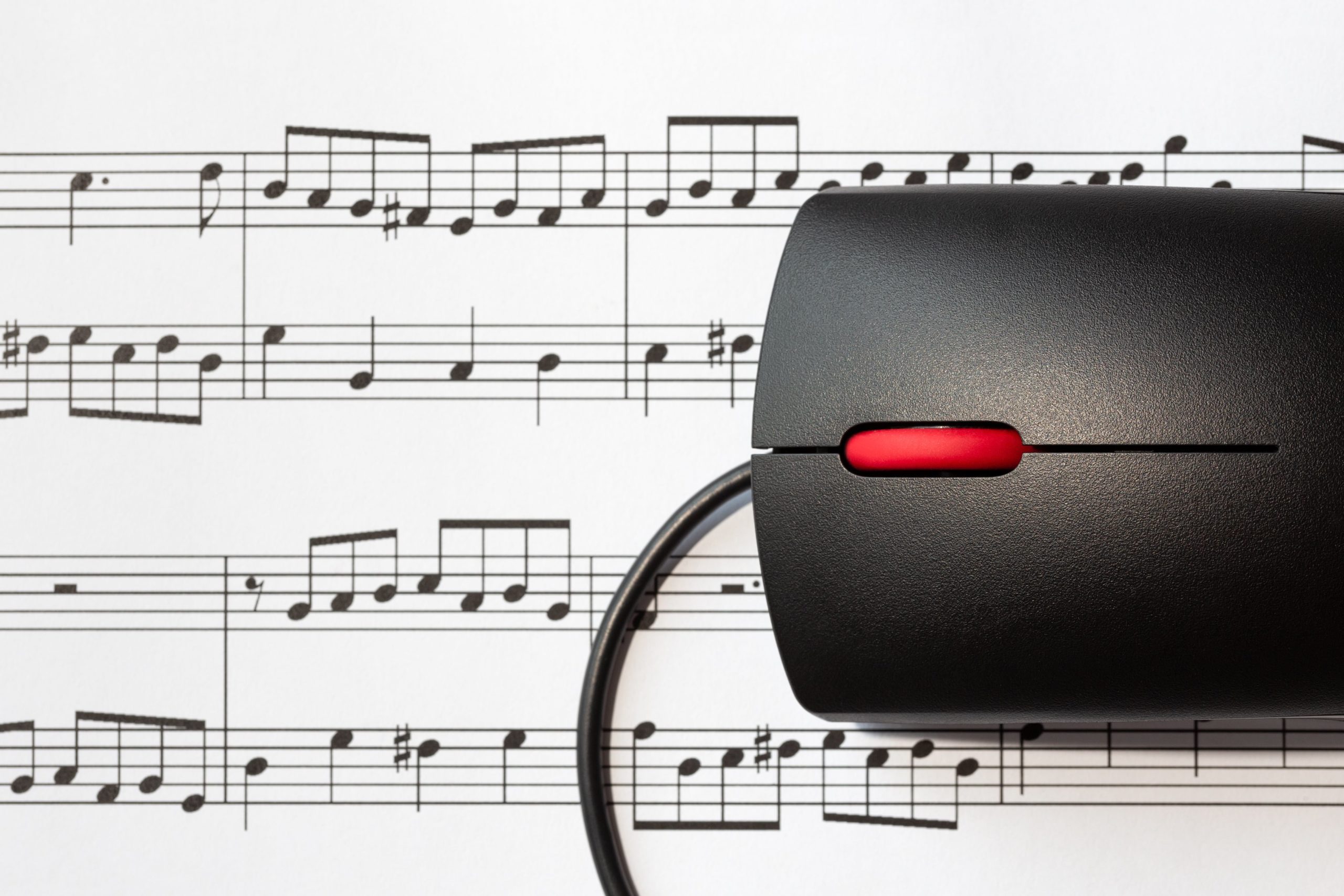 The question of what is the best music notation software is a popular debate within the music community, and there are loyalists everywhere who will fiercely defend their software of choice. The short answer to the question of which software is best for music notation isn't so clear cut. In short, it depends on many factors. What are your needs? What is your experience? Who will be the end user? In this post, we'll explore several of the most popular options for music notation software in order to offer some insight on the topic. I've not covered the smaller players in this area nor have I covered newcomer Dorico here as those products aren't prevalent enough yet in the industry to warrant inclusion in the scope of this post.

Using Your DAW for Music Notation

I've used Logic Pro several times for music notation. While it was incredibly convenient, I found it to be lacking in ease of use and functionality. That said, using the music notation feature that's built into your DAW of choice can be a great solution if you're preparing tracks for a session and need to get a score out to your musicians in a time crunch.

This was exactly what happened when I was handling music prep for the Franco Dragone production Le Reve in Las Vegas. Back in 2004 when the show was in production, I was assisting composer Benoit Jutras in his studio preparing backing tracks and the music score for the band. Benoit did all of his composing in Logic, and the material was changing quickly. I initially suggested importing the files into Finale to prepare them for the band, but Benoit insisted (and rightfully so) that Logic would be the better option in this case.

For Le Reve, preparing the scores in Logic worked perfectly, as per Benoit's suggestion. The reason for this is that it allowed us to work much faster to adapt to a rapidly evolving production, and we needed to be able to get scores out to the musicians quickly. The fine detail the we could achieve using a dedicated music notation software would be lost on the musicians in this case. On a production show such as Le Reve, much of the music is memorized by the time the show opens, so the musicians rarely reference the printed page. Also, bringing in substitute musicians happens quite rarely, as opposed to on Broadway, where as much as half of the orchestra could be comprised of subs at any given performance.

In summary, would say that using your DAW as your primary music notation software would not yield the best possible results, but in specific situations such as the one at Le Reve, it could be quite useful.

Finale, the music notation software from the company makemusic, has long been recognized as the industry standard for music notation. It has nearly every option imaginable for customization along with a dedicated and loyal user base. It's also the industry standard on Broadway and many other high level professional situations. The results are beautiful and the software is highly customizable. But it's not without its issues.

Many projects begin with the question "Which version of Finale are you on?". Unfortunately, Finale files aren't always backwards compatible, thus making collaboration strained sometimes as files created in newer versions of Finale can't necessarily be opened on older versions.

Finale is general thought to have a much steeper learning curve than other platforms as well as a much steeper price. So while still being one of the best music notation software products on the market, the barrier to entry can be quite high for many. While the possibilities with the software are endless as well as there being an extensive support community, for all but those using their notation software in high end professional environments, Finale might be a bit overwhelming. That said, for those who have the budget as well as the time to learn it, Finale is an incredibly powerful option.

Sibelius has now been around long enough that it's also become an industry standard, though not as deeply entrenched as Finale. One of the most attractive features of Sibelius is that it's designed with a very user friendly interface, and it's much easier for the user to get up and running creating beautiful scores very quickly. The pricing is a bit more attractive than Finale, making it more affordable. With a lower price point and ease of use, what's not to like?

The downside of Sibelius is that it's not as widely used as Finale. While many in the industry use Sibelius in the UK, Australia, and elsewhere, Finale is still the standard in the United States. On Broadway, Finale has a firm hold and I've yet to see any copyist using Sibelius unless they're working on a show that's being orchestrated by someone from abroad who is a Sibelius user. Even then, they'll usually convert the Sibelius files over to Finale and will work from there.

As someone who moved from Finale to Sibelius, I find the user interface in Sibelius to be much easier to manage. I can get my scores looking beautiful much quicker and more easily in Sibelius than in Finale. And from a composer's perspective, I find that Sibelius offers a rather intuitive interface which lends itself to composing directly into the software itself.

I've been told by many Finale users that Sibelius offers far fewer customization options than Finale, and that there are some obscure features necessary for the workflow of a Broadway production which simply work much better in Finale. For the average user, this shouldn't be a deciding factor unless the user intends to use the software as a copyist or arranger on Broadway.

Which Music Notation Software is Best for Me?

It all depends. If you need a clean workflow which interfaces seamlessly with your DAW and you don't need to customize the look or layout of your score too much, you'll be perfectly fine using the scoring features of your DAW. If you're planning to do work on Broadway and/or you want to be able to tweak every little element of your score, you should definitely go with Finale. If you're in search of music notation software which delivers a beautiful looking score without too much fuss, Sibelius is your answer.