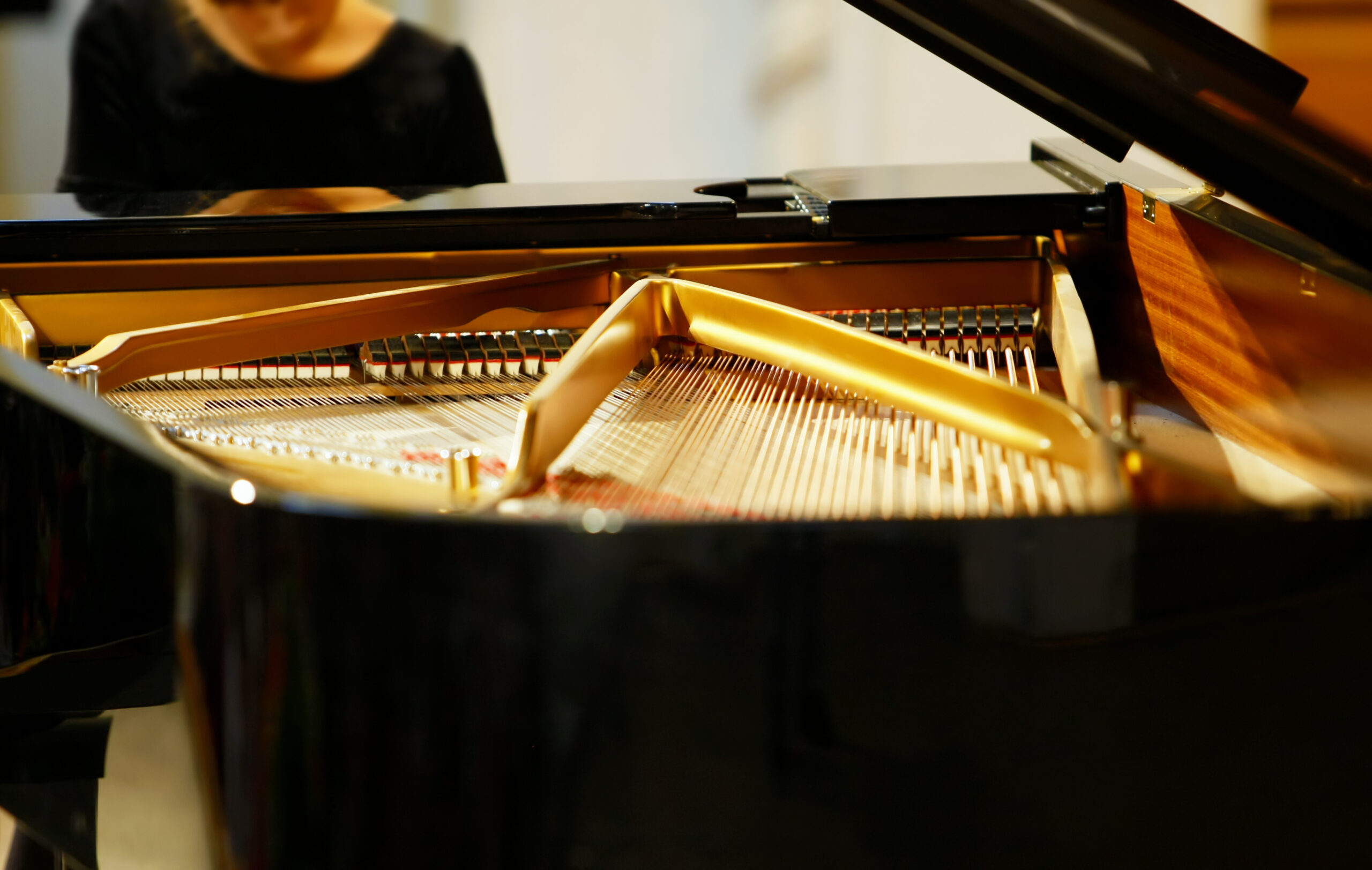 We live in interesting times with regard to music technology in that the technology available to us is evolving exponentially. It’s now possible to create new sounds and imitate acoustic sounds convincingly by using a piece of software such as Apple’s MainStage which is available to anyone as a $29 download from the Apple App Store, and a hobbyist can now have access to more technology for music production in a consumer grade computer than what was available to The Beatles when they recorded their Sgt Pepper album. Yet one constant remains in use in nearly every style of western music, and that is the piano.

From Where Does the Piano Originate?

While the modern piano is generally considered to be more of a percussion instrument due to the action of the hammers striking the strings and that action being triggered by the player striking the keys, the piano can also be thought of as a string instrument given how the piano originated from its roots linking it to the dulcimer. The dulcimer was originally from the Middle East and made its way to Europe during the 11th century. Just like the modern piano, the dulcimer makes sound by a hammer hitting the strings, which is why it is considered a significant part of early history of the piano.

The history of the piano has roots in earlier keyboard instruments, going all the way back to the organ, which served as the basis for the player interfaces with the instrument.

Invention of the Piano

Cristofori first called his piano “un cimbalo di cipresso di piano e forte“, which roughly translates to “a keyboard of cypress with soft and loud”. This was abbreviated over time as pianoforte, fortepiano, and eventually, piano.

The earliest versions of Cristofori’s instruments sounded much quieter than what we know of the modern piano, but they were capable of much more volume than the clavichord, which until then was the only keyboard instrument capable of responding to the player’s touch for generating different dynamic levels.

Until then, the clavichord allowed the player to control volume and sustain expressively, but it was fairly quiet, even at its loudest. And while the harpsichord was loud enough for the music of the time, it offered no control over dynamics. Cristofori’s piano offered the best of both worlds by generating a sound that was sufficiently loud, and by giving the player expressive control over dynamics via the velocity with which they struck the keys.

History of the Modern Piano

It is after Cristofori that we begin to see the evolution of the history of the modern piano. As the piano began to spread throughout Europe, we saw additions such as the sustain pedal. And while Johann Sebastian Bach didn’t initially like the piano when he first tried it around 1730, saying that the upper range was too soft to allow for a sufficient dynamic range, he later approved of a version he played in 1747. Working as an agent selling an updated version of the piano, he referred to it as “”Instrument: piano et forte genandt”, which was meant to reference the piano’s ability to play both soft and loud. This answers the question of why the piano was originally called the pianoforte.

Piano making made great leaps in the 18th century, particularly in Germany. At this time, we saw developments such as the use of multiple strings per note and wooden frames. This was the version of the piano for which Mozart composed his concertos and sonatas.

By the 1820’s the center of piano innovations had shifted to Paris, and we saw developments which allowed for rapid repetition of notes, technology which increased the dynamic range of the instrument, and the use of a cast iron frame for greater structural integrity, thus enabling the strings to be kept at higher tensions, thus facilitating a much larger sound than was previously possible.

It is especially in this part of the history of the piano that we can see the influence of the piano’s technological improvements affect the music being composed by late classical and early romantic era composers such as Beethoven, Brahms, and Chopin.

At this time, we began to see the introduction of different types of pianos, each built for different purposes. For example, the baby grand piano (usually around 4’11” long), the parlor grand piano (about 5’7’ to 7’3”), and the concert grand piano (around 7’3” to 9’10” in length). While the shorter strings and the smaller soundboard of the baby grand piano sacrificed volume and richness of tone, they would prove to be ideal for a private home or school in which space was a major consideration. The concert grand piano, while considerably large and more expensive, would be the preferred piano used in large concert halls and other performance venues as the string length and size of the soundboard, would allow it to project in a large space and to generate the richness of tone required for a concert performance situation.

An important development in the recent history of the piano was in the early 2000’s, which saw the development of the Yamaha Disklavier Piano, which is a standard grand piano (or now, upright piano) with the addition of MIDI capability. Yamaha achieves this via electronic sensors connected to the action which translate this information into MIDI data. The Yamaha Disklavier Piano is capable of playing back pre-recorded performances, recording the player in real time, or being used as a MIDI controller.

I personally use the Yamaha Disklavier Piano in my own home as a MIDI controller for my work with Apple’s MainStage software as well as using it with headphones to allow me to practice piano with the internal sounds if I don’t want to disturb my neighbors in my New York City apartment. I also use a Yamaha Disklavier Grand Piano as the main keyboard controller in one of the keyboard rigs in the orchestra piano of the Broadway production Disney’s Aladdin, for which I serve as the synthesizer programmer. In this case, the Yamaha Disklavier Piano functions as an acoustic piano as well as a MIDI controller for sounds coming from the MainStage rigs in the pit.

Several other manufacturers have built rivals to the Yamaha Disklavier system, but to date, none come close to the accuracy, features, and reliability that Yamaha has led us to expect.

The Future of the Piano

With so many advancements in music technology, the future of the piano is an interesting one. Many families are now opting to purchase digital pianos instead of grand or upright pianos for their children to take piano lessons. There is much debate among piano teachers as to whether a digital piano is appropropriate for piano lessons, but that’s another discussion. Suffice it to say that most current digital pianos are capable of creating such an authentic piano-like playing experience that it can easily justify starting a young student with a significantly less expensive digital piano over an acoustic piano, at least until the parents can assess whether the child will continue with their piano studies. With so many options available, the question of how to buy a piano is more complicated now than it ever has been throughout the course of the piano’s history.

I’ve known more than one professional keyboard player, particularly in the Broadway world, who used a digital piano in the home due to space and volume limitations of New York City apartments, and there are many options that are more than adequate for this purpose.

The majority of Broadway pit orchestras use digital pianos and electronically generated sounds rather than acoustic pianos as the sampled piano sound often sounds incredibly realistic in the theater, especially when mixed through the sound console with the rest of the orchestra. It’s also much easier and less costly to maintain than an acoustic piano.

Even given the many recent technological advances in the world of music technology and how that applies to the modern piano, there is still no substitute for an acoustic piano. No technological advancement will ever match the richness of tone of any acoustic instrument, how it blends with other instruments, or how it responds to the player’s touch. It’s important to remember that the digital piano is merely a tool that is appropriate for certain situations and that the grand piano and upright piano will continue to play an important role in music making for the foreseeable future.